Some great news for the trucking industry: the latest statistics show a huge leap of improvement for safe commercial driving. 2009 saw the lowest commercial truck crash rates ever recorded in the US, and the truck involved fatalities were disproportionately 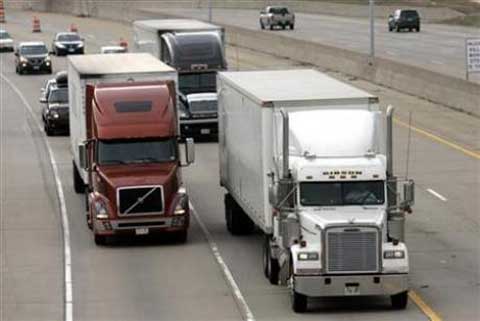 much lower then that of passenger vehicles for the first time in decades! Historically the trends between commercial truck and passenger car related fatalities have been falling at similar rates until 2009, when passenger vehicles only had an 8.5% improvement while commercial trucks had an amazing 20.4%! Compared to the modest drop between 2004 and 2008 of 1%-5% it’s the largest single year drop since crash data records began in 1975. There has yet to be an explanation for the drastic change, some analysis say it’s just a fluke and that we should never trust just a single factor explanation. Its possible that because of the economic hardships companies are dealing with, they are letting go of their lesser qualified drivers to cut costs, and as a result there is now a smaller more experienced work force out on the roads. The data also goes onto reinforce what truck drivers have always known, that car drivers are overwhelmingly at fault when involved in a crash with a truck. Similar to companies cutting costs, families are doing the same by taking their young drivers off the road--fewer parents are now able to buy their kids a shiny new sports car for their 16th birthday. In effect there are far fewer inexperienced drivers out on the roads which corresponds fewer crashes, compared to past years. Whatever the reason may be we are thankful for all the safe and responsible drivers out there.