A Massachusetts biotechnology company says it can produce the fuel that runs Jaguars and jet engines using the same ingredients that make grass grow.

Joule Unlimited has invented a genetically-engineered organism that it says simply secretes diesel fuel or ethanol wherever it finds sunlight, water and carbon dioxide. 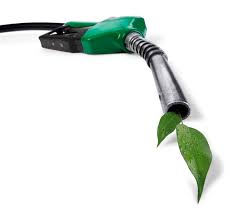 The Cambridge, Mass.-based company says it can manipulate the organism to produce the renewable fuels on demand at unprecedented rates, and can do it in facilities large and small at costs comparable to the cheapest fossil fuels.

To read more about this fascinating article visit thetrucker.com and don’t forget to get a free quote for commercial trucking at berrierinsurance.com or call one of our experts at 530-823-8000. We can offer you the lowest and most comprehensive coverage for your trucks, business, or personal autos!

Posted by Lisa Sherer - Berrier Insurance at 9:50 AM No comments:

The International Towing and Recovery Hall of Fame and Museum in Chattanooga Tennessee is a true testament to the history of commercial trucking. An awe inspiring visit to say the least featuring restored antique wreckers and equipment, industry related displays of collectible toys, tools, unique equipment, and pictorial histories of manufacturers who pioneered a worldwide industry. Chattanooga is known as the birth place to the first wrecker, where it was fabricated and patented by Ernest Homes in 1916 establishing the Ernest Holmes Company. Visit the Museum in Chattanoogs’s historical downtown and you may get a personalized tour from Manager Frank Thomas, the man who knows all the best stories.

For more information visit their site International Towing and don't forget to check out our site too! We specialize in commercial trucking insurance including tow trucks! That's not all we do though, we can also get you coverage for your motorcycle, ATVs, personal auto, and boats! Visit us at BerrierInsurance.com and call us for a quick free quote at 530-823-800

Posted by Lisa Sherer - Berrier Insurance at 9:00 PM No comments:

New DOT Proposal Allows Mexican Trucks into the US

Obama plans to admit Mexican trucks to drive US highways and roads as a starting point for negotiations intended to resolve a longstanding dispute between the two nations. The proposal aims to satisfy the obligations of the US under the 1994 North American Free Trade Agreement (NAFTA), while also prioritizing the safety of products transported across the border.

In 2009 Congress blocked the cross border truck safety pilot program with the Omnibus Appropriation Act. Since the US is not currently meeting its NAFTA obligations to allow a pilot program of Mexican trucks to enter the US, Mexico has placed retaliatory tariffs on many US goods, including fresh produce items entering Mexico. Given the economic impact on the fresh produce industry and the damage caused to US-Mexico trade, United Fresh contends that the crisis must be resolved urgently.

However when the U.S. Department of Transportation's revealed its plans for opening American roads to Mexican trucking companies, the proposal met with the ire of U.S. truck drivers. Expressed concerns over jobs, safety and environmental regulations being met, and crime trafficking are being brought to light.

The new DOT proposal includes a five-step process for any Mexican carrier seeking to operate inside the U.S. There will be an application process followed by a vetting procedure that would require both the Dept. of Homeland Security and the Dept. of Justice to sign off on the carrier.

Initially, a limited number of carriers would be allowed into the program, DOT said, to allow for proper program oversight. However there is still great concern that questionable trucks and sketchy wheel-men will slip through the cracks.

"It will take substantial effort on the part of the Obama Administration and Congress to work through the concepts in this proposal and create a final agreement acceptable to all parties," Director of International Trade Policy Doug Goudie said

Read more about the new DOT proposal in the New York Times and make sure you and your truck are properly insured. Berrier insurance offers the best rates on commercial truck insurance! Contact us and we will give you a free truck insurance quote over the phone at 888-472-4915.

Posted by Lisa Sherer - Berrier Insurance at 11:58 AM No comments:

Trucking companies added 2,600 new employees on a seasonally adjusted basis in December on top of an upward revision in the November estimate.

The U.S. Department of Labor’s Bureau of Labor Statistics added 3,000 jobs to its initial November figures, so the number of trucking jobs reported for December actually is 5,600 higher than what BLS reported for November a month ago.

For-hire trucking companies added 18,800 jobs in December compared to the same 2009 month, making December the third straight month in which employment grew on a year-over-year basis. Until October, trucking employment levels had not been higher than in the same month the previous year since June 2007. Since the beginning of March, trucking companies have added 22,900 jobs, according to the latest estimates

According to preliminary BLS figures, total employment in trucking in November was more than 1.25 million – down 203,100, or 14 percent, from peak trucking employment in January 2007. The BLS numbers reflect all payroll employment in for-hire trucking, but they don’t include trucking-related jobs in other industries, such as a truck driver for a private fleet. Nor do the numbers reflect the total amount of hiring since they only include new jobs, not replacements for existing positions.

Figures for trucking do not include the express delivery companies, which fall under the category of “couriers and messenger” in BLS data. According to preliminary numbers, employment in that category rose by 3,300 over a strong November jump as companies like UPS and FedEx added temporary jobs related to peak holiday season deliveries.

Nationwide, the employment picture was stronger as the unemployment rate dropped from 9.8 percent to 9.4 percent. The economy added 103,000 non-farm payroll jobs in December — the largest increase in several months. Most of the growth was in leisure/hospitality, health care and temporary jobs.

This is really great news, and we are glad to finally hear that things are looking up for our favorite industry. If you are in need of affordable truck insurance, stop by at BerrierInsurance.com and ask for a fast, free quote. We have been specializing in trucking insurance in California, Oregon, Nevada and Arizona for almost 30 years. We give you the best protection with quality truck insurance and the lowest price possible and the friendliest staff.
Posted by Lisa Sherer - Berrier Insurance at 9:00 AM No comments: